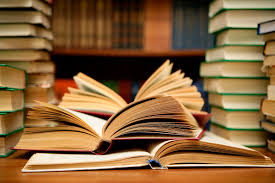 My goal for the year was to read at least 24 books (roughly two books a month). But I surpassed my own goal, having read 32 instead. Here’s the complete list of books & my impressions of them. Remember this is MY opinion, so don’t get bent if I happen to say that your favourite book sucks (although if your favourite book is anything from Nickolas Sparks, then I’m sorry to say that yes, it does, indeed, suck). Moving onwards, here’s what happened bookwise in my life in 2014.

1. Wolves of Midwinter – Anne Rice: This was book two of the Wolf Gift series. I really loved this book cos for once there’s a werewolf series that’s filled with intrigue and magic.

2. Real World – Natsuo Kirino: Dark. It chronicles the lives of four teenage girls who find themselves getting involved with a boy who killed his mother and how that event changes all their lives. Truly haunting.

3. Speak – Laurie Halse Anderson: At a party, a teenage girl gets raped, and it takes her a year to come to terms with that traumatising event.

4. Misery – Stephen King: Years ago I saw the movie with a chilling Kathy Bates. The book is a thousand times more horrifying than the movie. I literally cringed during certain scenes. A must-read for horror fans.

5. Angelology – Danielle Trussoni: I really wanted to love this book. After all, CUT HERE is about angels too, and when I bought it, I thought that maybe I could use it as inspiration. I was dead wrong. This book, despite it being well-written and filled with interesting history, was DULL. It pained me to get through it, but I wanted to finish it. I can’t believe it’s a best-selling novel with a sequel. DO NOT READ.

6. The Haunted Hikikomori – Lawrence Pearce: I loved this book. It’s about the ghosts of your pasts haunting you, and how sometimes our own personal ghosts are just as potent as real ghosts.

7. The Female of the Species: Tales of Mystery and Suspense – Joyce Carol Oates: A collection of short stories about women who are killers by choice or manipulation. After reading these macabre stories, no one will think that women are the weaker sex.

8. Doomed – Chuck Palahniuk: The sequel to Damned, that chronicles the adventures of the snarkiest dead girl in the universe, Madison Spencer. In pure Palahniuk fashion, the novel is crazy, outlandish, but thoroughly entertaining.

9. Lulu Delacroix – Isabella Santacroce: An albino girl finds a magical doll that brings her to a realm that’s quite like a wonderland of surprises. It reads like a fairytale for adults, filled with memorable characters, and leaving you with the underlining belief that hope and love will always win at the end of the day. Enchanting. A masterpiece. MUST-READ.

10. Chie-Chan & I – Banana Yoshimoto: A girl lives with her cousin in Tokyo, but soon a secret about the other girl may change their lives forever.

11. Switched – R.L. Stine: I was feeling nostalgic for my Fear Street days, and decided to acquire one. Two girls decide to switch bodies to see how it is to live the life of the other. All is going well, till one of them starts committing murders….

13. Cut – Patricia McCormick: A teenage girl coping with her cutting and trying to figure out what triggered this method of liberation through slicing her skin. Compelling.

14. Il Lato Sinistro Del Cuore – Carlo Lucarelli: A collection of hauntingly creepy short stories that will linger with you long after having read them.

15. The Rainy Season – James P. Baylock: I bought this book in 1999, but didn’t read it until now. Again, this was one of those books I wanted to love cos it had elements that I would find interesting (family intrigue, ghosts, time traveling), BUT no matter how well-written it was, it was DULL. Nothing could’ve saved this book from being interesting. DO NOT READ.

16. The Diving Pool – Yoko Ogawa: A collection of short stories that demonstrate how sometimes its the little gestures that show how much cruelty a person is capable of. Haunting and grotesque. Must-read.

17. The Key – Junichiro Tanizaki: This book came recommended by Frances Bean Cobain, and since I think she’s edgy, cool, and well-read, decided to check it out. The book is told in the perspectives of a husband and wife who both keep a diary without the other knowing about it (or so they think). As the aging couple finds their sex life getting dull, the husband decides to spice things up by introducing a vibrant, young man to their bedroom. This may prove to be fatal both for him, and his love life.

18. Day After Day – Carlo Lucarelli: This is the sequel to Almost Blue. Grazia Negro is facing another serial killer who’s capable of changing faces and being ruthless. A thrilling ride.

19. Heart-Shaped Box – Joe Hill: An aging rock star who collects everything dealing with the occult and macambre, decides to buy a haunted suit. This acquisition will prove to be fatal, as the rock star soon doesn’t know if what haunts him the most is his past or the ghost of the previous wearer of the suit. Creepy and dark. Must-read.

20. Lupo Mannaro – Carlo Lucarelli: A prequel to Almost Blue. Grazia Negro finds herself going after a killer who leaves a particular sign on his victims: bite marks.

21. Acqua in Bocca – Carlo Lucarelli & Andrea Camilleri: My two favourite Italian authors join forces to bring their two famous detectives, Grazia Negro and Salvo Montalbano together to investigate the case of a sexy woman and how she’s linked to a series of murders.

22. The Fault in Our Stars – John Green: What can I say about this book that hasn’t been said already? There’s a reason why it’s a bestseller, and it’s all because Augustus Waters is incredibly charming and funny. Oh, and like the rest of the world, I totally bawled my eyes out at the end.

23. Amorino – Isabella Santacroce: A pair of strange twins go to a small town in England, where upon their arrival, people slowly begin to mysteriously disappear. Sensuous and creepy.

24. Gone Girl – Gillian Flynn: I hated all the characters in this novel, they were horrible, but damn was it one hell of a page-turner. I totally recommend it.

25. Where She Went – Gayle Forman: I watched the movie If I Stay, so when I saw there was a sequel, I decided to skip reading the book of If I Stay, and went directly to book two. Which I was happy about since it was told in the point of view of the awesome rock star ex-boyfriend, Adam. A light read, but a good one, about love, loss, and how fate can sometimes work for you.

26. Paper Towns – John Green: Sometimes this book annoyed me cause it seemed too unbelievable how a bunch of nerds looking for a hot popular girl that went missing, suddenly start dating the hot girls too later on in the novel. I mean, this is high school. It wouldn’t happen in real life. And I was disappointed with the ending.

27. The Fragile Line – Brookelyn Skye: A teenage girl begins forgetting portions of her days, and when she comes to wakes up with a tattoo she wasn’t aware of, and a guy who thinks he’s her boyfriend, but she has no recollection of the guy, something is wrong. I liked how the book explored the harsh reality of someone dealing with multiple personality disorder.

29. Under the Skin – Michel Faber: Isserly is an alien who has sacrificed her looks so that she could look more earthling as she drives along the Scottish highlands looking for hitchhikers to pick up. This book is brilliant. It will crack your heart open and make you bleed. MUST-READ.

30. Love Letters to the Dead – Ava Dellaira: What begins as an English assignment, writing a letter to a dead person (the protagonist chooses Kurt Cobain), later turns into a series of letters written to other dead celebrities, as the girl explains her year of beginning high school and coping with the death of her sister. This book will pull at your heartstrings.

31. The Forbidden – Clive Barker: If you’re a fan of the cult horror movie Candyman, then this short story is for you. This is the story that inspired the movie. Helen is doing a research on the cultural meaning of graffiti when she learns about the urban legend surrounding a building complex in England. Chilling.

32. The Vines – Christopher Rice: The Day of the Triffids meets Southern folklore in a tale that is fast-paced and violently gory. Reading it will cause you to be out of breath as though you’re too running away from killer plants ready to devour you whole. Highly recommend it.

As a closing note, I’d like to say to all of those that say they never have time to read: you do have the time. You just have to make it. 99.5% of those books were read entirely during breaks and lunch breaks at work (which means roughly an hour a day), since any free time I had in the afternoons/evenings was used for editing CUT HERE, starting to write another novel, social activities, and going to the theatre (I am a movie buff). So, instead of mindlessly texting or hanging out on Facebook your whole lunch hour, do something constructive (and fun! If you pick the right book!) and open yourself up to the awesome world of literature.

Born in Catania, Sicily, she has led a nomadic life since birth. She has lived in various European cities and Cuba, and currently resides in the Los Angeles area. Always an avid reader and writer from a young age, she loved entertaining her friends with ghost stories. She loves horror movies, cats, and a good rock show. She dislikes Mondays and chick-flicks. CUT HERE, her debut paranormal urban fantasy was inspired by a nightmare the writer had a few years ago. Some of her favourite authors include Anne Rice, Oscar Wilde, Chuck Palahniuk, and Isabella Santacroce. END_OF_DOCUMENT_TOKEN_TO_BE_REPLACED
This entry was posted on Tuesday, January 6th, 2015 at 6:46 am and tagged with #annerice, #booksread2014, #carlolucarelli, #christopherrice, #clivebarker, #isabellasantacroce, #joycearoloates, #stephenking and posted in #annerice, #booksread2014, #carlolucarelli, #christopherrice, #clivebarker, #isabellasantacroce, #joycecaroloates, #stephenking. You can follow any responses to this entry through the RSS 2.0 feed.
« Behind, “CUT HERE,” Part Two.
Behind, “CUT HERE,” Part Four. »